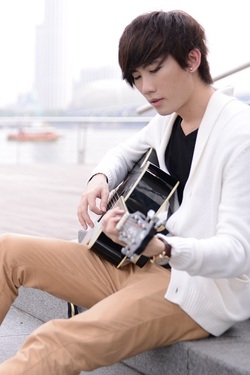 Hao Sheng has been a freelance musician, performing for many years, and displays a gutsy versatility for multiple genres of music, majoring into pop music. Over the years, he has played in many different musical settings, such as bands,  multiethnic orchestras, Chinese orchestras, and musicals, complimenting his flexibility on music. Other than focusing onto vocals and keyboard,  he has also been an active composer and arranger for different bands, ensemble, orchestras etc. At a young age, he was selected for and completed local renowned music label-Ocean Butterflies 非常歌手訓練班.