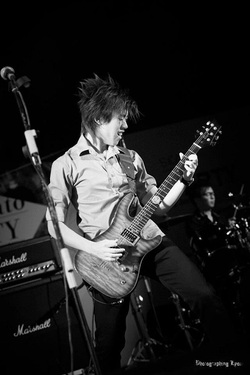 First a drummer, then a bassist, then a guitarist, and also a singer; Maximilian has a profound passion for music, and is always ready to dive into more of it. His journey in music began way back in 2005, when he dabbled with various instruments and played merely for leisure before becoming a full-fledged performer. Though largely influenced by rock music and guitar virtuosos, he is always keen to further explore the realm of music. His versatility has also allowed him the opportunity to perform in various musical settings: such as in rock bands; fusion ensembles; concert bands; and in theatre productions. Apart from performance, he has also taken a large interest in audio engineering, and has since produced several tracks for himself, his various bands, as well as other musicians.