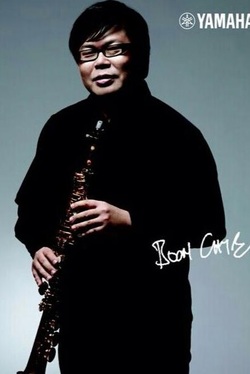 In his 28 years of professional experience, he has played alongside some of Hong Kong’s most notable artistes in live concerts like Sandy Lam, Aaron Kwok, Tony Leung, Chyi Yu, Hacken Lee and even Singapore’s own Ho Yeow Sun, Dick Lee, Eric Moo and Jacintha Abisheganathan to name a few.

Boon Chye also plays in “dFused”, a 7-piece smooth jazz group that brings a combination of contemporary and mainstream jazz alive with its sleek melodies, harmony and improvisation. “dFused” is into its 5th year now, having played in public concerts and wowing audiences both young and old.

He was also the lead saxophonist with Singapore’s favourite pop/rock group “Jive Talking”, having played full-time with them for 14 years before leaving and venturing out as a free-lanced live and studio recording musician.